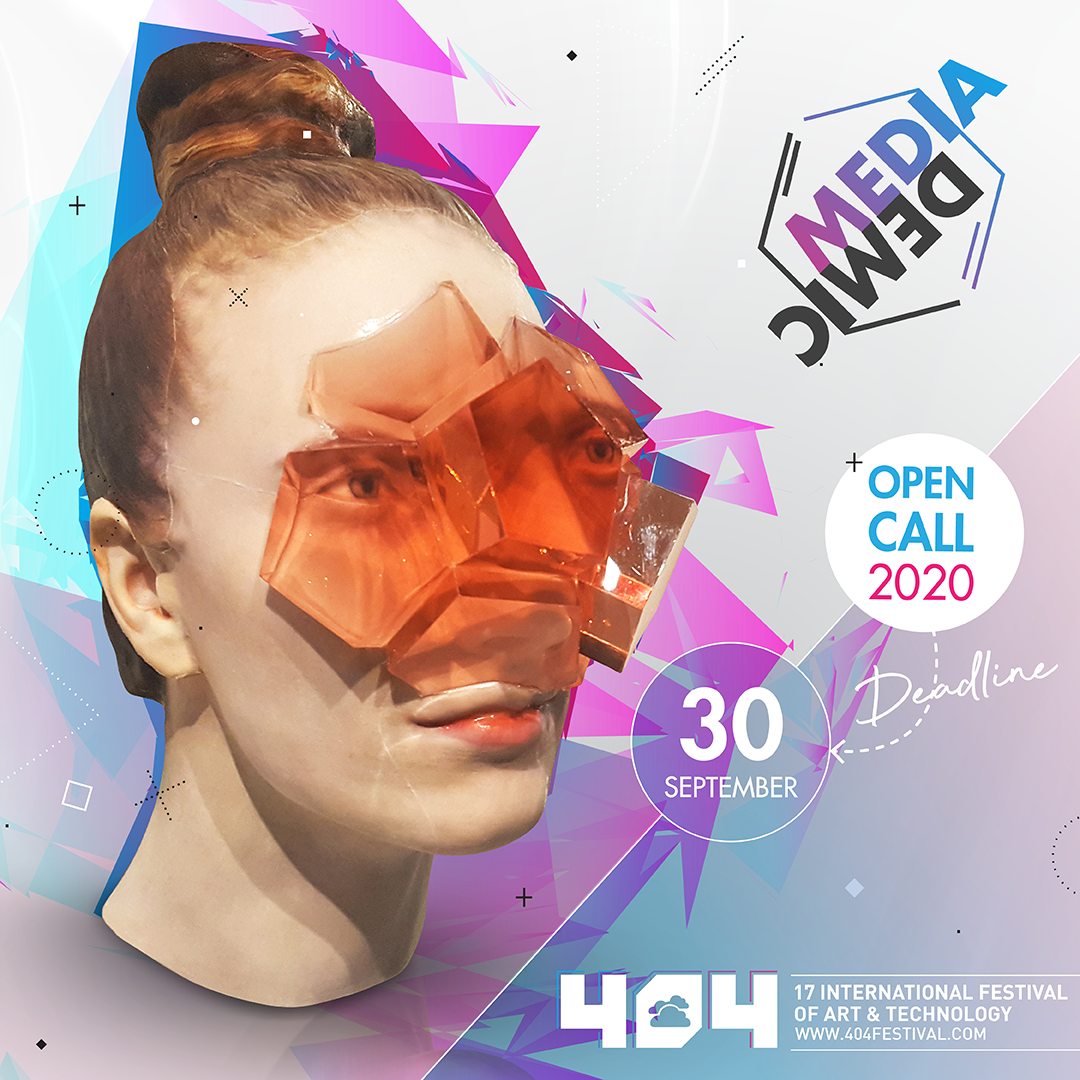 The “404 International Festival of Art and Technology”, born in the city of Rosario, Argentina, in 2004, is an independent non-proﬁt project whose main objective is to democratize culture, spreading artistic productions that unite art with technology, creating an environment where artists can be in contact with the community. The annual continuity of 404 and its experiences around the world consolidated it as the first Argentine festival of Art and Technology.

With a team that is formed by worldwide recognized artists, teachers and students from the public university, 404 launches every year a Manifesto written by its Director, Gina Valenti, which message is spread by creating and sustaining a link between the art ﬁeld and the non-artistic public.

Holding the conviction that Art is far beyond entertainment and technology, throughout the years, 404 has been transformed into an authentic collaborative work of art, encouraging many people to rethink themselves not only as spectators, but, also, as participants and even as creators, becoming a formative space where people can think and express themselves.

More than a thousand artists, professors and researchers from forty-six countries have been part of this project that has enjoyed the presence of one million visitors, amongst which stand out public school students of the country and from abroad. They have reafﬁrmed the social impact of this proposal, which currently links with universities and MediaLabs worldwide.

404’s project has been growing throughout the years, inventing an autonomous context and writing a history that involves not only arts and technology, but mainly Education, Fraternity and Freedom, based on the right that every human being has to think beyond their condition, and to imagine a better version of the world in which we live.

“404 Festival” has been awarded by the National Endowment for the Arts and declared of National Interest by the Ministry of Culture of the Presidency of the Argentine Nation.
Over the course of its fourteen uninterrupted editions, it has received high hierarchy support, including the National University of Rosario, Faculty of Humanities and Arts, Ministry of Innovation and Culture of the Province of Santa Fe, French Alliance of Rosario, Center for Canadian Studies Rosario, Mondriaan Foundation (Netherlands), Council of Quebec (Canada) , Gruppo 78 (Italy), Audiovisual Russian Academy (Russia), Department of Cultural Affairs of the Government of Taipei (Taiwan), University of Fitchburg, University of Lowell, University of Denver (USA), National University of Arts in Taiwan and UNESCO.

What is the origin of the name?

The number 404 comes from a well-known error on Internet.
HTTP Error 404 or not found is an HTTP status code that indicates that the host has been able to communicate with the server, but the file that was requested does not exist.
In Art, an error becomes a new possibility.