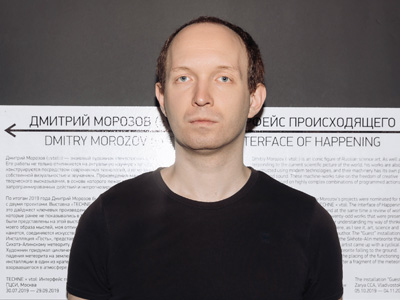 The object is a small automatic device consisting of a Geiger counter (a device that registers ionizing radiation), electronics used to generate sound and control all processes, and also a hydraulic system consisting of a container with water, a set of pipes, a valve, and a pump. The operating principle is that whenever an ionizing particle activates the Geiger counter, the valve releases a water droplet, which falls into the container. This leads to a splash and oscillations in the water, which are registered by sensors. The amplitude of the waves and interference of numerous falling droplets are also detected by the system of optical sensors. All these data activate and control the sound synthesis system. In turn the sound constantly mutates and changes, owing to the non-linear nature of the emerging oscillations and the random falling of droplets. However, there are also some regularities: the lower the radiation, the calmer the behaviour of the system. 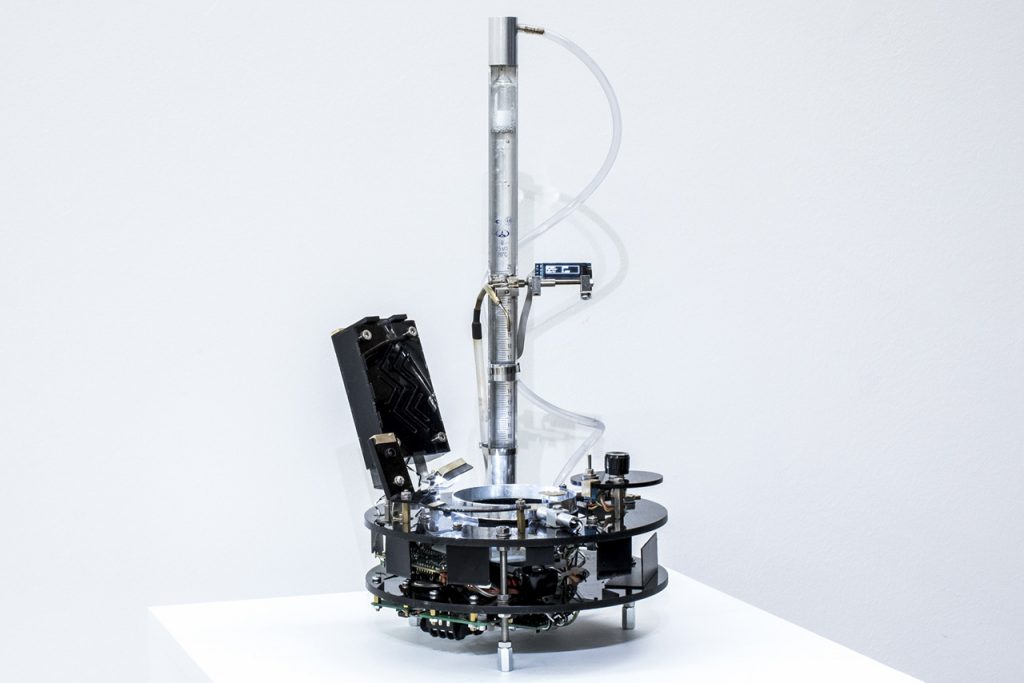