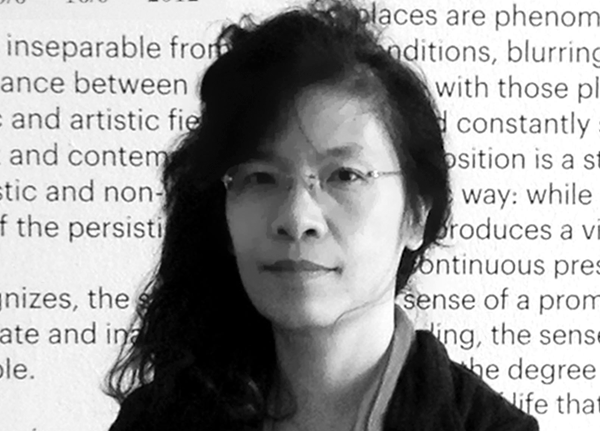 ARTWORK DESCRIPTION:
The Portrait of Eve Clone Series II is inspired by the beast’s mark in Revelation in Bible, which prophesies that every race,people and nation sealed the beast’s mark 666 on forehead or right hand cannot escape the beast’s control.Lin Pey Chwen criticizes that human want to be the Creator and use genetic technology to create unnatural artificial life.2011 August 12 to September 2, in Lin Pey Chwen’s solo exhibition in Gallery Grand Siècle, there will exhibit four series works: The Portrait of Eve Clone, Mass Production of Eve Clone, Eve Cone No.4 and The inspection of Eve Clone.
This work is influenced by the story of Adam and Eve in the Garden of Eden, and their subsequent temptation to eat of the forbidden fruit.
The series of The Portrait of Eve Clone is created to present the introspection of an overly developed civilization, which I see as a result of Man’s fall from grace. In The Portrait of Eve Clone, Eve is portrayed as a combination of ‘human and pupa’ or even ‘human and beast.’ Although her beautiful appearance still exists (suggesting that although genetic modification benefits humankind, it may also result in disaster for various species). Eve’s face looks as lifelessly cold as the metallic images of gold, silver, copper, iron, kaolin, etc. Furthermore, on Eve’s forehead, many characters of ‘666’ are in different human languages, including Chinese, Japanese, German, Arabic, Hungarian, Egyptian, etc. The numbers represent obstacles from which all races and peoples cannot escape.
In order to present the image of the Eve Clone, I chose to use the high-tech materials of a 3D Hologram. I aimed to show various postures and eye expressions from every direction. In my work, Eve is sealed within transparent acrylic frames, and viewers can also find an image of the beast from Revelation, when moving in front of the work. With the changes of light and the audience’s viewing angles, Eve’s eyes seem to move and follow the viewers.

ARTWORK DESCRIPTION:
Using wide projection screens and computer-processed images, Revelation of Eve Clone III presents a unique image of Eve Clone, a technological human species that has both authority and cloning ability, along with cautionary verses from the book of Revelation in the Bible transcribed in six languages to define and foreground this post-humanist Eve created through technology. Also, there is a great image described in the book of Daniel: ”This image’s head was of fine gold, his breast and his arms of silver, his belly and his thighs of brass. His legs of iron, his feet part of iron and part of clay. (Daniel 2:32-33). Thus, the Eve Clone was textured as the great image according to the Bible.
She is beautiful as well as dangerous, and she is worshipped and courted blindly. The immersive space created through projection on a large curved surface, the religious songs playing in the background, and the interactive design make Eve Clone appear charismatic. However, this work is also a criticism of people’s worship of technology, which gives unlimited potential for development but which is possibly causing the downfall of the human race and leading the world to a disastrous end as technology gains a hold on man’s selfish desires.

All session by Pey Chwen