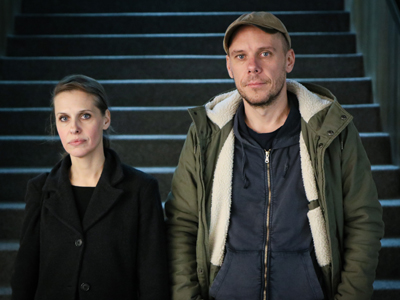 Slovenian Artists Nika Oblak and Primõz Novak have explored the seductive appeal of media and the promotion of personal ambition in capitalist society in work where they often place themselves at the centre of the piece. Working together since 2002, they use the mediums, techniques and visual languages of advertising while experimenting with new ways of working with photography, video, installation, film, computer or robotics. 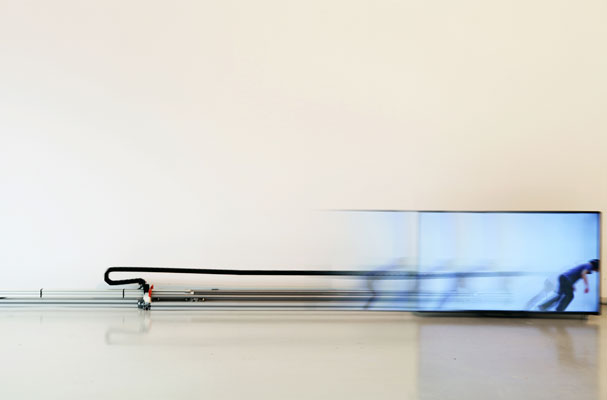 Border Mover is dealing with contemporary individual being trapped by overwhelming technology and routine of our everyday existence, which more and more resembles monotony of operating machines. It is playing with ideas of physical and psychical boundaries as the consequence of capitalistic, neoliberal globalization, where it seems dreams are impossible and that a different world cannot exist.