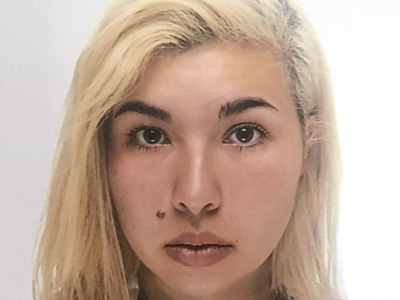 Merani Schilcher is a media artist and designer with a passion for the internet, machines and experiments from Berlin. Her interests range from the big questions of the universe all the way to more light-hearted ones like “should I make yet another red project?”. Her focus is always somehow related to human characteristics in technology and how we as humans are currently using and connecting with it. She has previously studied in Berlin, Stuttgart, Aberdeen and Taipei.

an autoantibody is a type of antibody that is produced by an organism’s immune system to attack its own healthy tissue.

This project is part of a series of self-destructive stools. With everything happening in the world right now, the question of how bad things might get has become increasingly urgent.

We’re inching towards a crisis and one of the questions that has been lingering for a while is whether technology will be our saviour or our demise. But technology is only an expression of our humanity. With the computer as with any tool, the concept and direction must come from the man – this morphs the initial question: Are humans going to kill themselves?

The Doom-Monger is an entity that predicts disaster.

When watching the news we’re conditioned to seeing other people because we want to know how they’re dealing with the situations at hand, but the Doom-Monger removes all humans from his vision. With him, the backstage becomes the spectacle. You’re given impressions of a foreseen future that resemble déjà vus; these images refer to events that never happened and never will, even though the spoken word suggests otherwise. He’s showing us the world without present tense.They are images of our imagined future once the collapse is upon us.

Even though a lot of horrible things are happening right this moment, this work is a poetization of the present through the assertion of future asymmetry and asynchronicity.

TL;DR: The Doom-Monger removes humans from selected live video news broadcasts by means of machine learning all the while keeping the original audio intact. Life and Death of a Memory (2019)
Installation

Each time you remember an event it is rebuilt and then deconstructed again to be stored. Remembering something creates a critical window in which memories can be erased or manipulated, meaning that the last version is different from the previous ones because errors slip in and distort what was once there. This interference leads to forgetting.

“Life and Death of a Memory” is an allegory of this process. The cycle begins with the capture of an image: the camera is directed upwards, capturing the ceiling of the current setting. The additional heating elements that are essential to the machine’s functioning but taken from their intended context manipulate the image every step of the way, never replicating the same patterns. The thermoprinter now gives out the frame it captured as well as being altered by the intruding heat. The image is printed and captured as soon as it is put out. A feedback loop of an over and over again manipulated image commences.

“Life and Death of a Memory” was realized within one week as a short term project for the topic “Minimal Hacks for Maximal Statements”. You could argue that the role of wax as a symbol for ephemerality (where it is heavily used to visualize transitions from the old to the new) is quite ironic, considering it being a medium that is used for the conservation of biological organisms. Bearing this and the fact that I shaped a sculpture of myself in mind, I ultimately landed on the subject matter of evanescence and what comes after we’re gone. Atop a construction that functions as a sort of filter hangs an incubator lamp to serve a role that is completely opposite from its intended purpose: accelerate the process of fading away. All matter is supposed to finally land in a Black Box, a metaphor for psychic processes that cannot be explained objectively. But just like in real life, it doesn’t always go as smoothly and some remains stay – leaving us wondering. Inevitably, one begins to be reminded of reincarnation and karma. The object is inquisitive, asking the spectator what he thinks comes after death.

Nondescript Transitions was realized as a short-term project with the constraints of starting with a picture of myself, but not showing myself. On a grand scale, we all know about all the cyber-waste floating around and as per definition: most of it really serves no purpose except that it takes up valuable space.On a more personal note, I have noticed how a lot of times taking pictures has become such a habit to me and it has ended up being more about the act of taking a picture and less about the images themselves. Thus I always dread going through my pictures, putting it off for as long as possible. This dread can be eliminated by automating the process of sifting through your pictures. “unclutter” isn’t looking for the best picture, it doesn’t rate them based on parameters other people set for the worth of an image. A single image based on the frequency of its motif will be the only remainder. To measure the similarity of the shots the Structural Similarity Index (SSIM) is used, making it a non-content-based decision. It is itself a stable object that causes destabilization, because while it eliminates pictures, it does the same with the memories linked to them. You’re suddenly left without proof that something happened in the first place. How does this affect your behavior of taking photos?