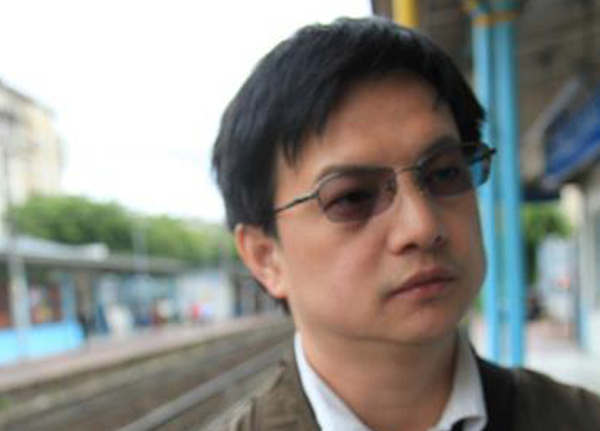 In addition, Jason is also quite fond of the origami art, especially loves container shape of the origami, and follows the rules of a piece of paper, no cutting and no sticking. His origami artwork starts from the original basic box shape to evolve to a variety of creative container of box works. Seven-side polygon shape of box is the most favor serial origami artworks. He is fully engaged in interactive origami creation, combined with interactive technology, mathematics and origami art, hoping to promote the creative of origami art.
ARTWORK
“Exception Scene 2”
Using an originally folded paper box in conjunction with real-time light projection and reflection, luminous techniques, the audience is able to change the position and angle of the paper box at will to create astonishing transformations of light and shadow.

This interactive process attempts to engage and lead the audience into exploring the unique real-time images created by positional mapping using the refraction caused by the surface of the reflective paper material.

In Exception Scene 2, I changed the size of the origami to a smaller one, and used a new paper material, a luminous paper, but I placed more origami forms on the table. Participants can arrange the position of these little boxes like puzzle pieces to form an image. The Projector puts light on these origami, sometimes boxes reflects the light, sometimes they absorb the light and glow, and occasionally make sound from the origami. The resulting image is shown by the light projected onto the origami and the table. I hope people can find their own Exception Scene.

All session by Jason Lee