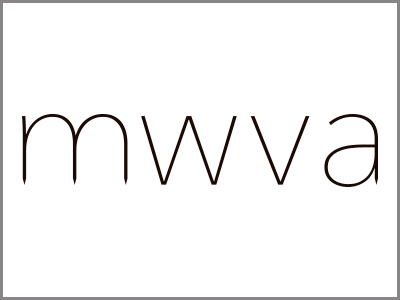 The members are composed of Taiwanese digital artists. The works focus on exploring the link and interaction between sound and vision, and with this as the basis, the common scope is to expand media through spatial structures, interactive installations, live performances, etc. By trying to create new audiovisual experiences for the audience, the warmth of digital art is also transferred.
MW is an abbreviation of “muse whisper” in Muse Whisper VJ Team. In the winter of 2005, the MWVJ team appeared in Taipei, when there was a wide scope for VJs. “Where dynamic visual images are needed, VJs will take the stage!” Furthermore, we were convinced that if VJs wanted to depart from the subordinate position they held compared to music, the next step would be to put forward basic, commonly-emerging audiovisual creations.
In order to simplify (decrease) meaning, the super-fluous is abandoned, and the pure essence of the work appears. It is like a randomly produced signal, consciously or unconsciously reflecting all that is possible and impossible.
VA stands for “various artists.” In addition to the road that the creative companions travelled together on this journey, we hope that we are able to cooperate with more creators from various fields. There is no limit to experimenting and collaborating to develop all kinds of interesting projects. By going from VJ to VA, there will perhaps be a fading of the importance and dominance of the visual aspect, and we are expecting this to result in multi-dimensional creative energy and production of works.

“Fallen Building” is the live performance of a real-time light sculpture. With the calamity brought by large earthquakes as its creative concept, the performance attempts to create the state of a non-existent space and an experience of unstable audio-visual digitality. The logically arranged, three-dimensional composition is like an original skeletal structure. The attached LED lights are defined by the virtual state of the composition, while the array of beams externally projected both inward and outward further strengthen (weaken) the composition’s appearance, making a hybrid of different textures of light possible.

Structurally speaking, each light signal moves in concert with the computerized visuals by mapping the performance images to the actual space, and combining sound and visuals created by the performers, which are central to the three-dimensional structure. The purpose is to give the audience a brand new feeling and experience. Aside from the imagery borne from combining expressions with the structure created by the immersed performers, they also deliver an interpretation of the relationship between people and crumbling buildings. On another end, the repetitive and flashing glitch signals also serve as a metaphor for the level of uncertainty for these light structures to crumble into oblivion. In this nearly complete yet unstable setting, the lights projected in from the outside severs the structure – in a way destructive, in a way explorative.

The complete performance is an audio-visual live set that runs for 30 minutes. Aside from displaying the presentation content, the original equipment aspect ratio has been minimized to 1:10, with laser beams on the peripheral of the film images signifying the laser spotlights from actual performances.