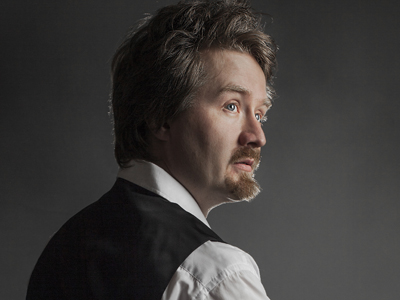 Dave Lojek loves filmmaking and belongs to the most prolific and most often selected directors with over 1579 screenings of his distributions at international film festivals worldwide. His favorite genres are comedy, parody, fantasy, romance, poetry and experiment. Dave also directs documentaries, dramas, portraits, sci-fi, art and music videos. His works and distributions won 209 film awards. Dave Lojek graduated with an MA in English / American and Cultural Studies from Humboldt-University in his hometown Berlin. As independent producer, Dave created 178 movies in 26 cities in 12 European countries by 2020. Mr. Lojek hosts monthly open cinema screenings in Germany’s oldest cinema Moviemento and annual film workshops called KinoKabarets with his initiative KinoBerlino. Dave works as film distributor and president of a Film Association. The productions of APEIRON FILMS and KinoBerlino have been broadcast weekly since 2008 (ca. 11.000 times) on German TV and viewed online over 2 million times.

When forest animals invade our cities, the world is in disarray. Office fox Fiona struggles with her phone addiction. Will she succumb to it? Temperamental bunny Barbara only gives her stag sugar daddy Nestor his special massage, after he dines her and plays the big spender. This obscure short pinpoints postmodern tropes of consumerism, eroticism, and art with an homage to the theater stage and references to literature. The film uses a fantasy language and needs no subtitles.