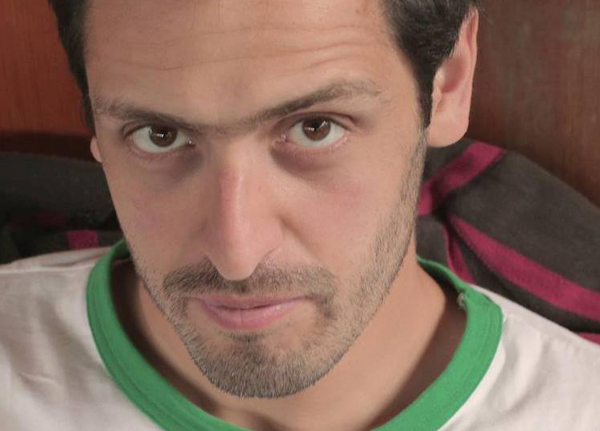 ABOUT THE ARTWORK
(Life-size human figures made of polyurethane foam, silicone, clothes, and hair.)
I would like to emphasize the experience of people who arrive in a new territory, not a surreal or a fantastic one, but one that could be plausible somewhere in the universe. I have always liked the idea that such a space–supposedly constant in some way to us– could be completely different if we moved to another position, in another time. I am interested in that kind of contradiction in our notion of space–a definition built to give us security and stability–that can unravel in one of the most dangerous things of our thoughts.
The idea of emptiness is important as well. The bodies collapse under their own gravity and are eventually reduced to a null size. At the end of the sequence they stop existing but are still there. That is the last moment of this work, the final empty space.
I have always expected to create a mixture between those spaces, the interstices before the collapse. That mixture always holds something enigmatic inside. I had hoped to come up with a work about darkness, before I realized about the energy of the freedom implied in disappearing just in a few seconds. Perhaps the people did not feel anything when they reached a critical state and could cross the point of no return without noticing it. Perhaps they went through terrible suffering–I do not know. I knew there was ambiguity in that place, I am interested in that.
They seem to discover their destiny of being programmed for an inescapable departure to the very principles of devastation of the stars and of the most implacable decay forms in the universe. They may turn into cold and invisible bodies in space but always the most brilliant stars, just before collapsing.

All session by Damián Linossi