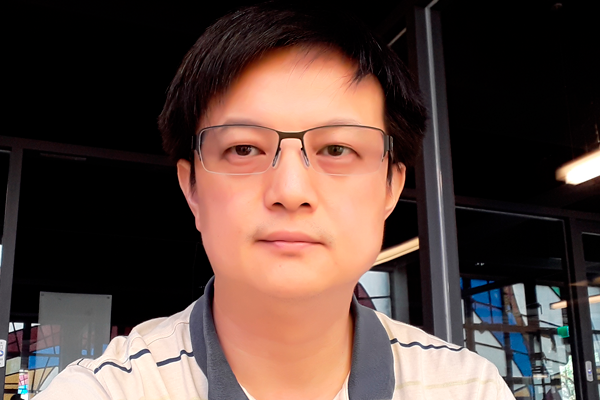 Chia-Hsiang Lee (Jason Lee) is a technology art engineer. Jason is also an Associate Professor at Fu Jen Catholic University, Creative Design Center. His main research field includes interactive art programming, interactive systems development, new media art creation, electronic device application, and mobile app programming. Currently he engages in new media art and interactive art education promotion, and teaches interactive art programming and artwork creation in workshops and class. In addition, Jason is also quite fond of the origami art, especially love container shape of the origami, and follow the rules of a piece of paper, no cutting and no sticking, His origami artwork is from the original basic box shape to evolve a variety of creative container of box works. Seven-side polygon shape of box is the most favor serial origami artworks. He fully engaged in interactive origami creation, combined with interactive technology, mathematics and origami art, hoping to promote the creative of origami art. 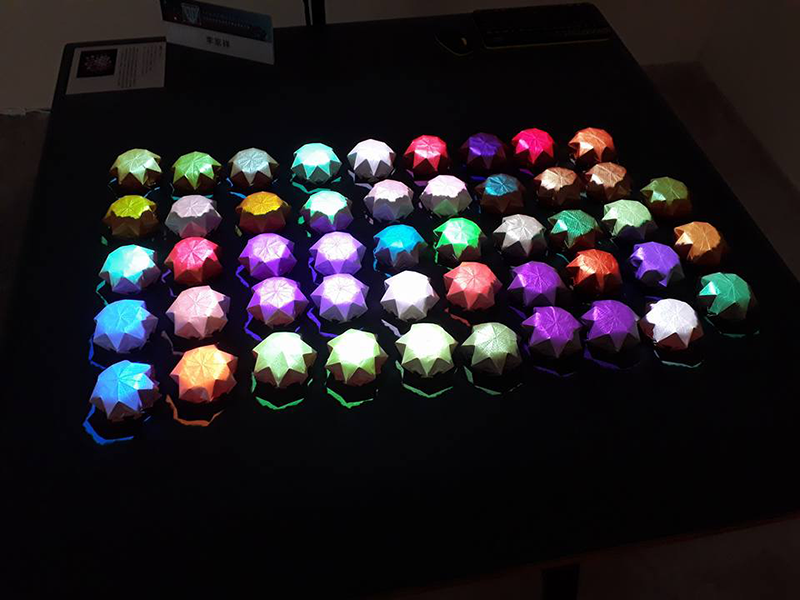 Pixelet is an artwork combined with interactive technology, mathematic and origami. The original creative idea is that I want to let the origami transform into pixel of
Image. People can reposition the origami on the table, and the depth sensor detects the location of the origami, and the projector put the light mapping on the surface of the origami. People will find 3 kinds of picture among these origamis. First, people can arrange the origami into a picture. Second, project will put some hidden image on the surface of the origami, people have to put these origamis together, and the hidden image will be shown out. Third, when people put these origamis totally separated and no touch each other, the projector will let the origami become a pixel like a pixel of LED screen, and project VJ image on each origami. Pixelet try to let people feel the pixel concept is not just the element of image, every object even though the simplest object like origami can be transform to the basic element of present, people can make real object by themselves, play object by other people and discover more possibility.