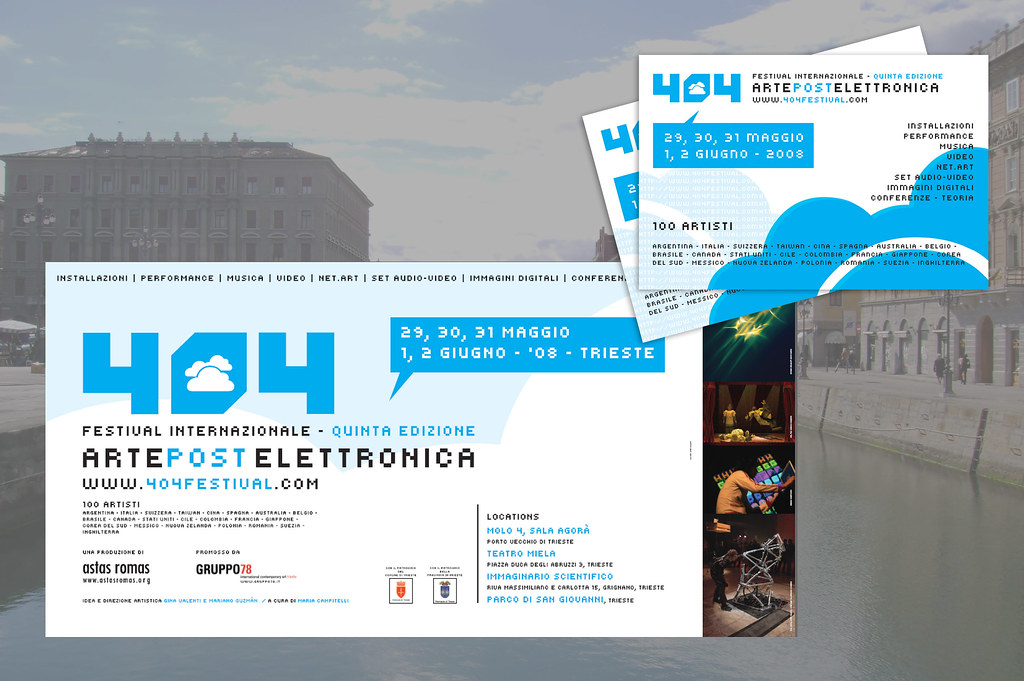 Art does not contemplate solutions or answers, because it is itself perfectly unpredictable and admirably useless.
I think about Vanguards, not like the irruption or contrast with previous Arts, but like a complex system of relocation, mechanisms, that leads certain combinations of abilities and impact (styles and ideas) to be equipped with a name. This appears to us such as it is when inevitably becomes another thing.

After a natural disaster, landscape can change. Majestic trees are taken and along with their great roots, transplanted. There are no safe places.
In front of us appears everything that we will learn to see for the first time.

Throughout history, Art has fallen in love with media, trying to define that relation trough an adjective that always precedes it.*
If the term “Cloudy Art” existed, we would be forced to think that a climatic phenomenon has such a great incidence in the world that is inevitable that Art is interested in it.

Artists try to relate with new media but these inevitably escape towards another direction: Art is always going to be mistaken, and Technology is going to agree.

There are no sensitive technologies, because in a way creation is not implicit to them.
It is the artist who must do without technology to be able to use it beyond his conception.

Such is the eagerness of Art to be fused with its loved one that is able to surround it in all type of variables until there are no signs left of him.
But Art is a virus that operates on itself, given its impossibility to create damages to the system by which it has been fascinated.

For that reason I think that Art can change the world, but only when has truly agreed to take chances and be destroyed with it or simply when it decides to emancipate itself of his second name.

Once finished the glare provoked by the first encounter between Art and Technology, I perceive that even unnoticeable, we are looking at Post-Electronic Art dawn.

*In Spanish languages the adjective that defines each type of art follows the word art, that is why further in the article it is referred as it’s second name (ex.:Arte Electrónico)